Perks of Being A Polyglot 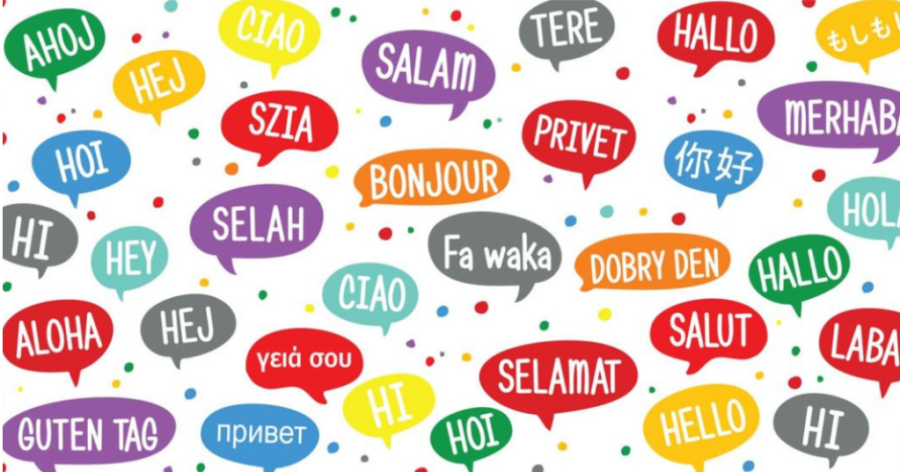 Experts estimate that at least half of the world’s population is bilingual. According to the U.S. Census Bureau, only 20 percent of Americans can speak two or more languages whereas 56 percent of Europeans are considered multilingual. So why should we care, what does it matter if we can speak 1 or 12 languages? Well, many Americans tend to underestimate the value of language learning.

An individual who knows more than one language is commonly referred to as a polyglot. In many nations outside of the United States, people are expected to be proficient in their native language and at least one “worldwide” language like English, Arabic or Spanish.

Where in the U.S. no such expectations are set and polyglots are in the minority. There are also vast differences in language education across the world. In most European countries, students begin studying their first foreign language as a required school subject between the ages of 6 and 9, according to a 2012 report from the statistics arm of the European Commission. 20 European nations go as far as making studying a second foreign language for at least one year compulsory. In the United States though? There is currently no national mandate for language education, while individual states can give districts the freedom to require it or not. Even then, many schools are unable to offer such services or they are offered to students much later in their academic careers than to their European counterparts.

This is a crisis for the U.S. and its future, some saying that it is a threat to our national security.  In 2010, U.S. Secretary of Education Arne Duncan said, “To prosper economically and to improve relations with other countries, Americans need to read, speak and understand other languages.”

So why learn languages? There are ample personal, social and economic benefits to becoming multilingual.

Some of these benefits are even visible to neurologists, like a higher density of the gray matter that contains most of your brain’s neurons and synapses, and more activity in certain regions. The heightened use a bilingual brain receives throughout its life can also help delay the onset of diseases, like Alzheimer’s and dementia by as much as five years as stated by Mia Nacamulli in The benefits of a bilingual brain.

As for everyday benefits, cognitive neuropsychologist Jubin Abutalebi, at the University of San Raffaele in Milan has proven bilinguals to have a superior ability to concentrate, solve problems and focus, better mental flexibility and multitasking skills.

Key factors that encourage a majority of students to pursue language learning are the economic benefits. Especially in the United States, where polyglots are rarer, speaking a second language has many employment benefits. This skill creates more job opportunities, enhances your resume and makes you a more valuable candidate. Communication in the workplace is important and companies, especially those with international offices, find language knowledge a high priority.

While many parents worry about teaching their children for varying reasons, many worry about the educational effects like struggling in school due to the possible confusion multi-language children could face. But studies at the University of Texas have shown that bilingual children who are educated in their second language have been seen to outperform monolingual students in their native language.

Prejudice has also, especially historically, been a reason parents do not teach their children their native language. Although this is beyond understandable, knowledge of the language can also do the opposite, by creating bonds with ethnic communities. Personally, by my parents teaching me Polish, I have been able to effectively communicate with peers I encounter regularly in the local Polish community. Ultimately creating lifelong friendships, ability to speak with family in Poland and many more advantages.

Being a polyglot can also lead to many new experiences, like trips to countries where you can fully immerse yourself when you speak the local language. Not needing a translation app on the phone can make your travel experience so much more enjoyable. As well as the huge social advantage of making friends in more than one language, leading to more opportunities to meet new people, and enjoying different hobbies and activities.

Overall, time and time again, science proves that being a polyglot opens up so many social, emotional and educational doors in life.