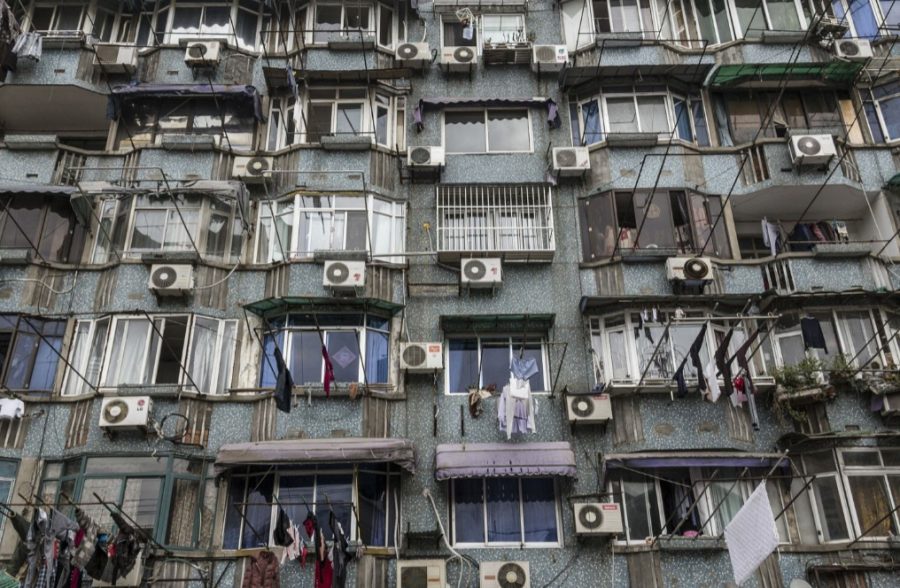 In the current social-political climate, global warming is all the rage. Our headlines constantly read about how climate change is affecting the air quality or the coral reefs, but something much less illustrious is how the phenomena affects humans and their behavior. Researchers all over the world are trying to find solutions to this problem, considering it is now evident that climate change is increasing temperatures and severe weather conditions worldwide. New evidence has linked extreme heat to increased aggression, lower cognitive ability and decreased productivity. Although it seems absurd, extreme heat due to global warming is leading to psychological and social changes in humans.
Several studies in recent years have linked heat to increased hostility. In one study done by social psychologist Craig Anderson, undergraduates sitting in rooms of varying temperatures (57° F – 97° F), were shown four video clips of couples engaged in dialogue. One clip was spoken in a neutral tone, while the other three had a mounting tension between the pairs. Anderson and his team then asked the students to rank the couple’s hostility towards each other. The study found that students in unbearably hot rooms scored all the couples, even the intentionally neutral one, as more antagonistic than students in a room with a more pleasant temperature. 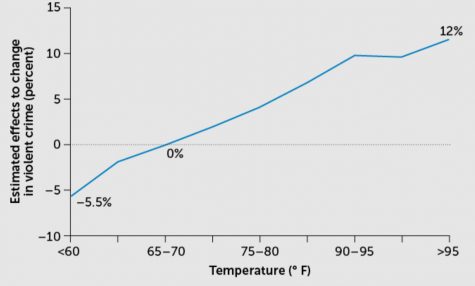 A more recent study done by Cornell University and University of Wisconsin-Madison found that in prison facilities on days where the temperature was greater than 80 ℉, the chance of violence amongst inmates grew 18%. This ‘heat-aggression’ theory has also been proven true outside of closely tested environments. For instance, in the summer months (May- September) of 2010 through 2017, researchers found that violent crime in Los Angeles was about 5.5 percent higher on days with temperatures in between 75° F to 89° F compared to more temperate weather. On days even hotter than those, researchers found that violent crimes were almost 10 percent higher than usual. Researchers have estimated that with a 1oC increase in average temperature ( a smaller increase than climatologists actually predicted), there will likely be a 6% increase in violent crime rates. This would result in 25,000 more serious and deadly assaults per year in the United States alone.
In addition, climate scientists at Stanford University have been studying the effect that heat has on self-harm. Researchers found that during hot weather suicide rates and the use of self depricating language increases. To predict how future climate change might affect suicide rates, teams of researchers used projections from global climate models. They found that temperature increases by 2050 could cause suicide rates to incline by 1.4 percent in the U.S. and 2.3 percent in Mexico.
Finally there are many indirect ways that global warming can play on someone’s aggression. A major concern of climate change is food scarcity, which is caused by droughts and other natural disasters. Studies have shown that malnutrition due to food scarcity/insecurity can be a precursor to adult and adolescent aggression and violence. For example, a study conducted by Dr.Jianghong Liu and her colleagues showed that 3-year-olds who were malnourished, turned out to be more aggressive, antisocial and likely to show signs of conduct disorder years later in adolescence, than well fed children. Given that hundreds of millions of people are estimated to be affected by climate-driven food insecurity, the significant effects malnutrition could have on aggressive behavior should not be disregarded.
All in all, it is more than obvious that climate change and the global warming it causes will continue to have a tremendous impact on human behavior. Next time someone eats a vegan meal or uses a reusable item over plastic, remember that those actions aren’t just helping the planet, but they are keeping the community safe, as well.