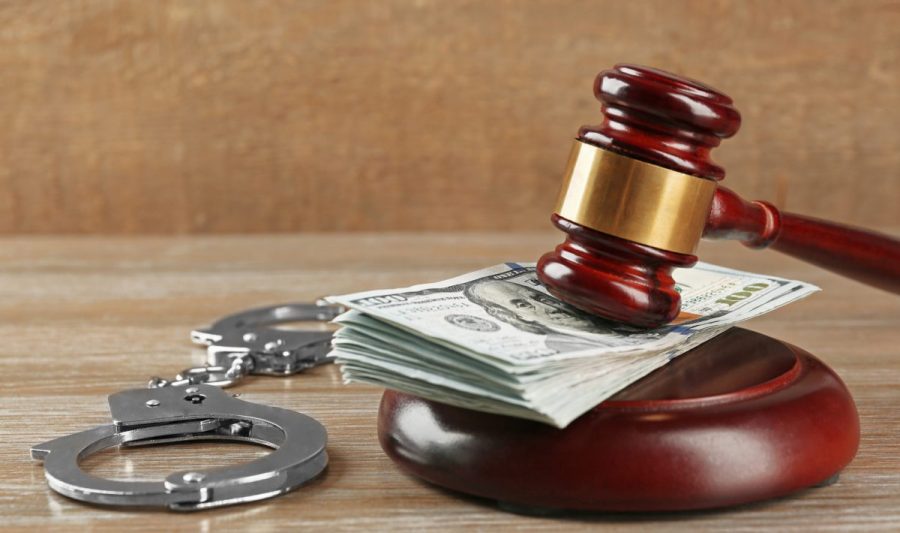 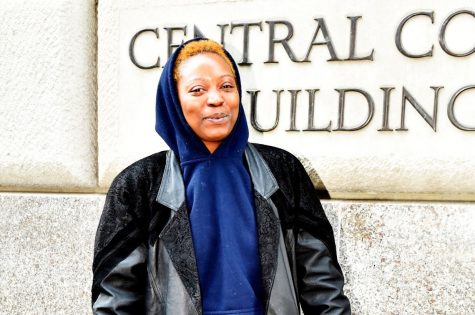 New York’s new Bail Reform law was praised by its creators as a new progressive way to handle overcrowded prisons and various perceived social injustices allegedly caused by the judicial system.  It has, however, been criticized by the masses on all levels and sides of the political spectrum since its introduction.

The newly enacted policy, supported by Governor Cuomo, dictates that all people who have been arrested for crimes, including violent offenders and repeat offenders, are to be set free immediately – even when they have been indicted.  Judges have voiced frustration with the new law for multiple reasons, including their inability to impose bail for serious offenses including (but not exclusive to):
Aggravated assault on a person less than seven years old
stalking (including attempted murder)
Arson (including but not limited to arson with fire)
An explosion (including as a hate crime)
Grand larceny
Bail jumping
Obstruction of government duties with a bomb
Disseminating indecent materials to a minor
Promoting an obscene sexual performance by a child
Criminal possession of a weapon on school grounds
Money laundering to support terrorism
Reckless assault of a child by a daycare provider
Unlawful imprisonment as a hate crime
Providing assistance to those who commit murder, rape, burglary
Aid a person under 16 to commit a felony
(CBS New York, December 31, 2019, Bail Reform 11:58 p.m.)

The newly enacted Bail Reform law additionally stipulates that when a person is arrested for criminal activity, they are to be released immediately and provided with a train ticket, a cell phone, and two gift cards at the time of their release  (New York Post, December 27, 2019, Rosenberg).  Proponents of this new law say it treats people arrested for committing crimes in a kinder, more humane method. Others, like New York City Councilman Chaim Deutsch have expressed, “Crimes like selling drugs to children, arson, promoting a sexual performance by a child, assault, and stalking are serious offenses that could potentially result in extended  prison time. We believe that disallowing judges to use discretion in such cases will result in the release of dangerous criminals onto our streets.”

Additionally, the new law removes protections in place regarding witnesses to criminal activity.  Historically, access to the identity of witnesses have been withheld from the accused until just before trial.  This has been standard practice in law and judiciary in order to provide some amount of protection for witnesses and their families who may be vulnerable to attack, harassment, or retribution.  The new law stipulates that witnesses identification will be released two weeks after the arrest report is filed (New York Times, January 23, 2020, Shea)

The new laws and policies were enacted prior to the beginning of the new year 2020, and the results have been disturbing.  One such example is the situation surrounding hate crimes engaged in by a woman named Tiffany Harris, 30 years of age (see photo).  A grand jury in Brooklyn’s Supreme Court had indicted Tiffany Harris on three counts of felony assault as a hate crime, however this was not sufficient cause for a judge to impose bail restrictions because of the new controversial state bail reforms.  Ms. Harris was arrested and released three times in five days for assaulting Orthodox Jewish women.  In Brooklyn, Ms. Harris punched and slapped three Jewish women in their faces while screaming “f— you Jews” (Patch, January 28, 2020, 2:11 p.m., Troutman; ABC7 News, Tuesday, January 28, 2020).  Ms. Harris’ actions were unprovoked as she self admittedly did not know the women and there had been no interaction between Ms. Harris and the women prior to Ms. Harris approaching these women on the street and assaulting them (Washington Post, February 15, 2020, Bellware).  Ms. Harris was arrested and immediately released on Saturday without bail.  Under the new bail reform laws, Ms. Harris was released in accordance with the stipulations of the new law.  Those same stipulations, which cover every person arrested/released under the new Bail Reform program, were further expanded to dictate that transit Metro passes (train and transit), two twenty-five dollar gift cards, pre-paid cell phones, and Mets tickets were among the gifts to be given to the individuals released under the new Bail Reform laws (New York Post, December 27, 2019, 8:47 p.m., Rosenberg).  The very next day, Sunday, Ms. Harris again randomly attacked and violently punched in the face a Jewish twenty-three year old mother whose young children were with her.  The mother’s children were also subjected to the violence.  Ms. Harris was again arrested, immediately released without bail and all the stipulations of the new Bail Reform policy were once again applied. (New York Post, December 30, 2019, 7:10 p.m., Editorial Board).  She was arrested again two days later for aggravated assault against the social worker she had been ordered to see.  As stated by Rep. Lee Zeldin, R- N.Y, “New York’s new bail reforms are a disaster. A bigger, stronger example should have been made of this violent anti-Semitic criminal, not the opposite.  Neither weakness, ignorance or pandering are going to help here to stop the rise in violent anti-Semitic attacks.”  Ms. Harris had been indicted for these crimes, yet immediately set free.  According to Mark Bederow, a criminal defense lawyer and former Manhattan prosecutor, authorities’ hands are tied from keeping people like this locked up, despite repeat offenses.  “If she continues to just get arrested and the law does not recognize that she can be held unless she demonstrates persistently that she won’t come back to court, then prosecutors can’t do anything,” said Bederow. The new bail law officially took effect New Year’s Day and Bederow commented, “Today is Jan. 14, and it’s already clear there are problems with [it].”  Sheriff Jeff Murphy of Washington County, New York said this was a “hastily passed…one-size-fix-all law when a lot of us (had been) using alternatives for incarceration….this law hinders us.”  Murphy had been offering alternatives to incarceration successfully.  “The law is an overcorrection of the bail system”, Murphy said, citing “A guy in NYC charged with five bank robberies.  An assault on an 85 year-old woman who was assaulted and robbed.  To me, those are not nonviolent crimes” (Washington Post, February 15, 2020, Bellware).

The new Bail Reform laws enacted by New York’s Governor and legislature stipulates immediate release of people who have engaged in and been indicted of serious criminal activity.  It puts them back onto the streets immediately and has caused uproar throughout all levels of the judiciary system, law enforcement, and the general public.  Speaking out against the new policy, Republican New York State Assemblyman Mike Lipetri told the Governor and the legislature, “What you’re doing is now you are posing a danger to the community.”  Councilman Deutsch also expressed, “If 95% of the perpetrators are released hours after they commit attacks, it’ll keep happening”.
New York’s Bail Reform came about as a “goal to not criminalize ‘poverty by keeping someone in jail only because they can’t afford to get out’” (Townhall, December 29, 2019, 1:00 p.m., Baumann).  “The idea was that people who were no threat to the community were locked up only because they couldn’t afford bail (Wall Street Journal, January 12, 2020, 4:36 p.m., The Editorial Board).  The incentives of Metro cards, gift cards, cell phones, and Met’s (N.Y. Mets) tickets are supposed to act as incentives to get the defendants to return to court.  “Upon release, de Blasio (N.Y.C. Mayor) promised to issue defendants free baseball tickets, movie passes, and gift cards to encourage them to return to court” (Fox News, November 5, Nelson).   “If small incentives are part of what actually makes it work, then that’s a smart policy” de Blasio said (CBS New York, November 6, 2019, 11:00 p.m.).  The goal of Bail Reform – to ensure that people, wealthy or poor, who are arrested for the same type of criminal activity have the same access to awaiting trial outside of a jail is an admirable goal.  Bail, after all, was never meant to be a source of income for the judicial system or for the state.  The logic behind Bail Reform is that if two people, one wealthy and one poor, commit the same crime they should both be afforded the same rights under the law.  In other words, one should not languish in prison because they do not have the means to post the money for a ‘get-out-of-jail-card while awaiting trial, while another individual arrested for the same crime is essentially set free while awaiting trial, because they had the monetary means to post bail.  De Blasio, in speaking on the objective of New York’s Bail Reform said, “The change is really focused on, first and foremost, lower level offenses.  New York state’s District Attorney’s Association, however, stated that many crimes encompassed in the new no-bail initiatives, including crimes labeled as non-violent E felonies, include serious crimes that should keep inmates in prison  (Democrat & Chronicle, USA Today Network, November 5, 2019, 4:26 p.m., Spector).

New York’s bail reform is now tied to a significant spike in crime as per New York Police Department’s newly released figures.  With the newly enacted bail reform laws, over 90 percent of people arrested in the state remained free while awaiting trial.  January 1, 2020 the bail reform laws were enacted and in March 2020 NYPD released reports showing crime in February 2020 spiked up 22.5 percent.  NYPD blamed the increase on the bail reform law.  According to the department, in January 2020 and February 2020, 482 people who had been arrested and released under the new law proceeded to commit 846 additional crimes (Político, April 23, 2020, Lartey).
Advocates for the bail reform policies in New York have dropped from 55 percent last year to 37 percent this past January.  Even New York’s Governor Andrew Cuomo and New York City’s Mayor Bill de Blasio, two formerly staunch advocates of the bail reform laws, backed a bill which passed on April 3, 2020, rolling back many of the bail reform changes particularly for “persistent felony offenders” (Político, April 23, 2020, Lartey).  Governor Cuomo stated in January 2018 that the bail system must ensure that “a person is only held if a judge finds either a significant flight risk or a real threat to public safety.”  The current rollback to amend the original Bail Reform laws attempt to attend to the “threat to public safety” that has escalated as a result of components of the original Bail Reform.  It is a work in progress.