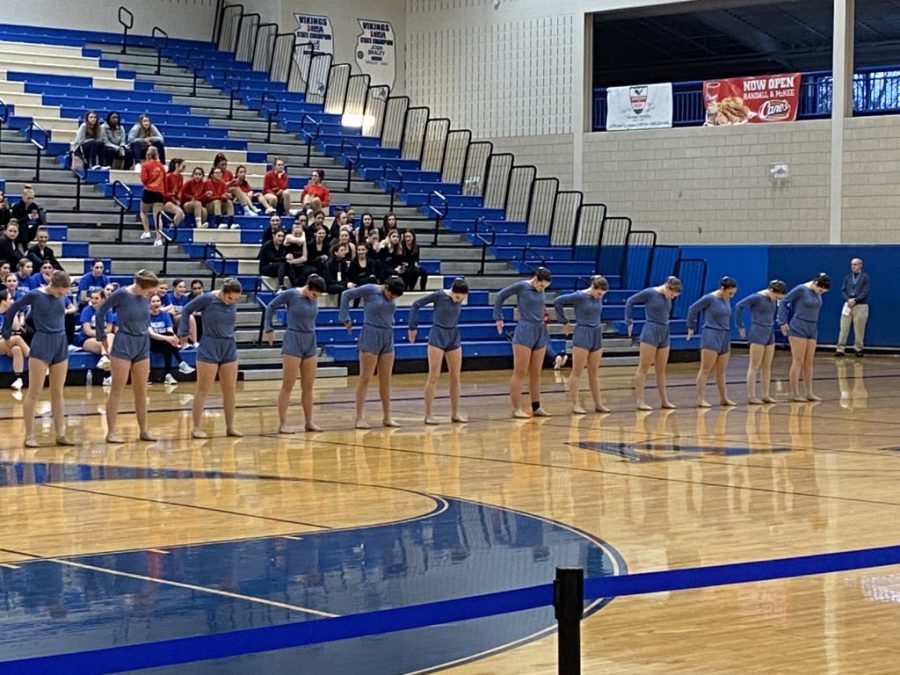 The Raider’s dance team has approached the end of its competitive season. The girls had competed at five invitationals, Upstate Eight Conference and on January 25th, sectionals which determined whether the varsity team advanced to state.

Next, the Oak Forest Invitational on December 1st in which the JV team placed 3rd overall in the 2A JV division.

Following, the Naperville North Invitational on December 8th, the varsity team introduced a new contemporary routine to “Hold Back the River” along with the lyrical piece. Varsity placed 3rd overall with the new contemporary, and JV placed 1st with the routine.

Not even one week later, the Waubonsie Valley Invitational on December 14th had the varsity dancers competing two routines, and JV placed 3rd with the lyrical routine.

Finally, Conference on January 15th was the last time JV competed for the 19-20 season. Varsity performed “I Was Here” for the last time as well, and the team decided to take the contemporary routine “Hold Back the River” to sectionals.

Sectionals was on January 25th and it was the last competition for the varsity team. Unfortunately, the girls did not advance to IHSA state in the 2A 2 division, yet the team did place top 10. The dancers also scored an overall 81.37, which had been the highest score in the program’s history. The varsity coach Haley Kruis expressed that “the Raiders were definitely in one of the hardest sectionals, if not the hardest.” She went on to say, “the girls should be proud of the score achieved.”

Even though the competition season is over, the dance team will still perform at home basketball games during half time all throughout February.

The co-op Glenbard South and Glenbard East girls bowling team have played 16 games so far in the season and will look forward to five more before the season ends.

The Raiders girls gymnastics have come near the end of the season. With only three meets left, the team has accomplished a lot.

In January, the girls competed in the District 87 tournament at Glenbard East on the 4th. The next meet was against Fenton on the 17th at home. Continuing, Niles North Invite was on the 18th at Niles North. Afterward, the team faced Geneseo on the 22nd at the Geneseo Park District Community Center. Next, the girls competed at the Riverside Brookfield Invite on the 25th at Riverside Brookfield. The Upstate 8 conference invite was on the 1st at Oswego. Finally, the IHSA Regionals on the 3rd will be hosted at Glenbard East.

January 17th was the girls senior night where seniors Katie Weiss, Jennifer Yaroz, Amara Bodine, Isabella Kotalick and Isabella Ottenhoff were celebrated for the commitment and leadership brought to the team.