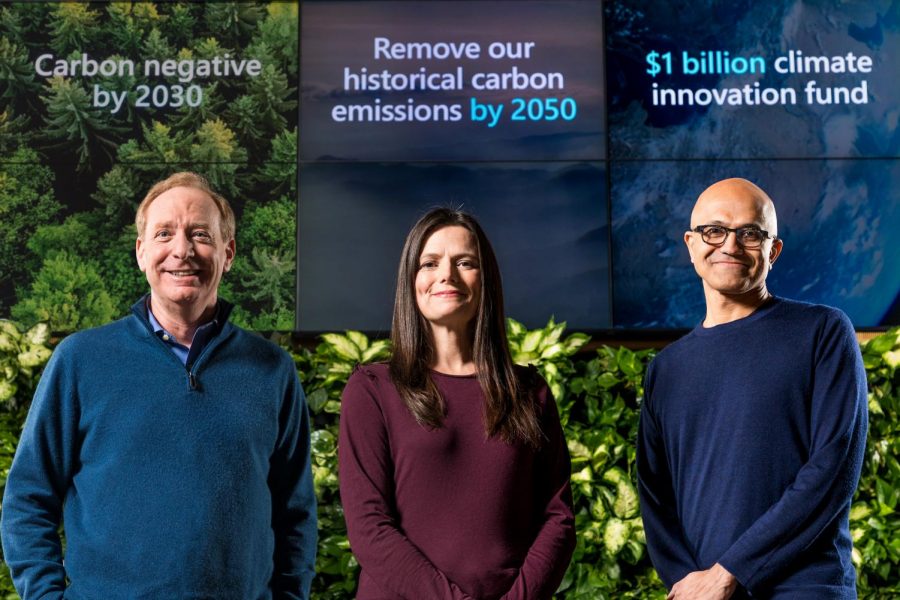 Microsoft is the most popular software program and technology company. Recently, Microsoft has decided to go carbon negative by the end of 2030. Being carbon negative entails cutting off any product that has the usage of carbon dioxide. A wbopedia.com article states, “Carbon neutral, also called carbon neutrality is a term used to describe the action of organizations, businesses and individuals taking action to remove as much carbon dioxide from the atmosphere as each put in to it. The overall goal of carbon neutrality is to achieve a zero carbon footprint,” (Beal).  Microsoft’s participation in this is extremely influential and important considering they are a massive company with many followers and supporters.

Microsoft has been striving for this goal since 2012 as stated in a United Nations Framework Convention on Climate Change article, “In 2012, Microsoft made a company wide commitment to become carbon neutral. Each quarter, Microsoft tracks and analyzes its energy use from data centers, offices, labs and manufacturing, as well as emissions associated with business air travel.” Microsoft confirms this in their website,  “By 2030, Microsoft will be carbon negative, and by 2050 Microsoft will remove from the environment all the carbon the company has emitted either directly or by electrical consumption since it was founded in 1975,” (Smith). This will have an incredible impact on Earth and society.