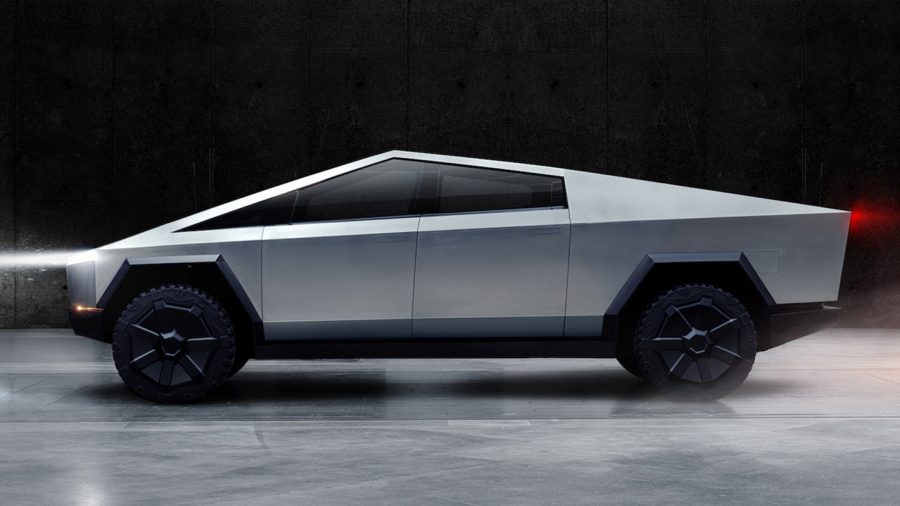 Teslas have been a big hit in the car industry due to their high prices and eco-friendly maneuvers. Recently, Tesla has released a new model: the Tesla Cybertruck. There have been many varying comments on the new car.

Starting at about less than $50,000, the truck has some very new and unique features. Many compare it to a “triangle from the future,” according to a wired.com article. The car’s outdoor is made from stainless steel and is said to be bulletproof. Unfortunately, during a presentation of the truck, the glass broke when a metal ball was thrown at it. This caused a lot of speculation and suspicion about whether the truck was really ready to be released.

Like most pickup trucks, the Tesla Cybertruck is durable and big in size. The truck also does not contain side mirrors either. It is an electric car, meaning that in order for it to be driven, it has to be charged. This is very safe for the Earth. The car can parallel park itself.

Elon Musk has high hopes for the new Cybertruck, but it will be difficult to have customers from companies like Ford or Chevy change their interest in trucks because those dealers are well-known for their nice pickup trucks while Tesla is known for its slick designs and smart cars.