Noelle Review: How Kendrick and Hader Saved this Movie 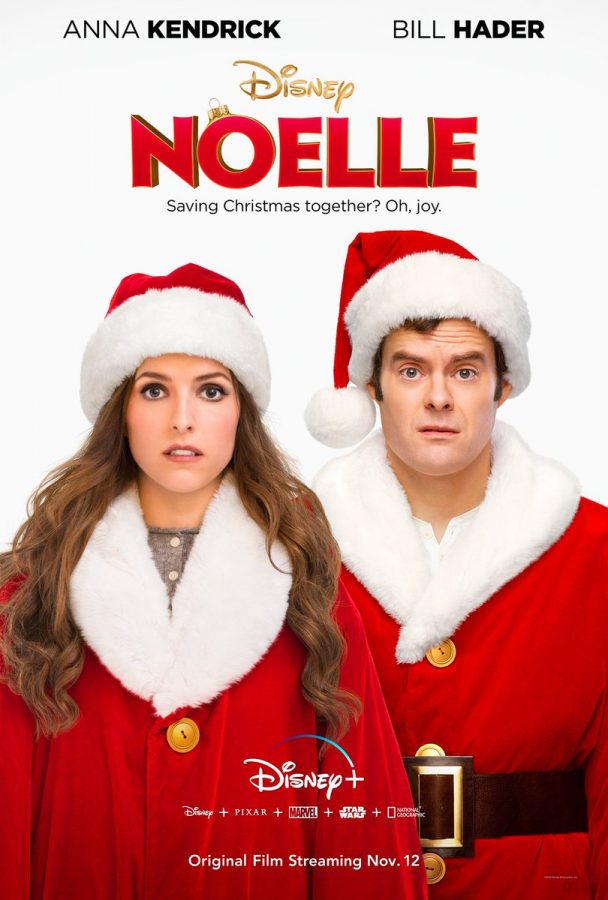 A long time ago, movies like Noelle used to be called “straight to tape”, then they were referred to as “straight to DVD” and now they are simply called “straight to streaming subscription service.” These movies are not put in the theater because most people would not bother to see them, and rightfully so. Even though they are of a lesser quality than the films shown in the theater, it seems to matter less when at home. One can simply enjoy the cliches and predictability of the movie in the comfort of your pjs instead of anticipating whether the film will live up to their expectations. In other words, with movies like Noelle, one knows exactly what they are in for, and this case is no exception.

After months of advertising, Disney Plus launched a few weeks ago, and with its “grand” opening came the release of its new movie titled Noelle. The plot is essentially that Kris Kringle, or Santa Claus, comes from a long line of past Santa Clauses, and is ready to hand down the torch to his son,  Nick Kringle (Bill Hader). Nick, however, is clearly not cut out to be the next Santa Claus. Noelle, played by Anna Kendrick, is Nick’s sister, and her job is to “spread Christmas spirit” in the form of holiday cards and Christmas cookies. She advises Nick to take a vacation somewhere for a bit and clear his head. Nick, however, takes this advice a bit too literally, and vanishes from the North Pole without a trace. Noelle, chastised by the rest of the North Pole for “ruining Christmas,” has to find Nick and bring him back before the holiday.

But it is soon clear that Nick may just not be meant to be Santa at all. Later on, the movie fills us in on Nick’s whereabouts: he has moved to Phoenix, Arizona, to become a yoga instructor, and is honestly living his best life. The movie does a great job to make it painfully obvious that it was Noelle that should be Santa. She can understand any language that a child is speaking without previously learning it. In addition, she immediately knows what a child wants for Christmas, and she has that “twinkle” in her eye.

So yes, a female Santa is pretty “woke” in my opinion. Others disagree; more “traditional” people are probably not thrilled by the idea, whoever said Santa had to be a man? I do not think that Disney is necessarily making great strides for gender equality by doing this, but more so just adding a fun twist to a conventional story.

Overall, despite the many cliches, poor CGI, and substandard writing, it was the movie’s two leads that made it still worth watching. Anna Kendrick gave us the perfect balance of someone passionate about Christmas spirit, but not too passionate to where it is just plain annoying. Her delivery of the few half-decent jokes drew a few laughs from me as I watched, and she really managed to pull off some truly out-there outfits, such as one including patterned green leggings, a patterned green dress and a white fur vest. It was Bill Hader, however, that stole the show in my opinion. Hader gave us the shy, awkward, lovable Santa that we have (or maybe just I have) been waiting for. (How can someone look so adorable in a Santa suit?). He plays the role perfectly, everything from his innocent little smile to his slightly flamboyant voice fits the role extremely well and was the highlight of my viewing experience.

I would not recommend this movie for the plot, the writing,  the cinematography, the costumes or even most of the acting. However, I would recommend it solely for Kendrick’s and Hader’s performances, which were head and shoulders above the rest of the film.