“Love/Sick”: A Look Into the Cast 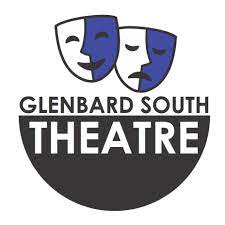 “Love/Sick” is a drama with nine different vignettes all focused on relationships. However, “Love/Sick” is more than just a story.

As senior Hans Herrera describes it, “This show is about really crazy things happening to really average people. It’s the highest of highs. It’s the lowest of lows. It’s very imperfect in a way that makes it perfect to watch. It’s these people who love each other…and how they choose to live their lives.”

This show  takes a look into the human condition and how relationships affect every person differently. It’s no comedy with sunshine and rainbows where everyone ends up happy.

“…It’s about relationships and mostly the bad, but occasionally there’s a glimpse of hope, and then there isn’t.” Said Junior Sam Boyd.

“Love/Sick” is  very different from many shows that Glenbard South has done in the past due to the inclusion of intimacy choreography. Intimacy choreography is when performers prepare specific moments of intimacy, often involving physical and romantic contact, that are used by the characters in a performance.

As “Love/Sick” is a show based on romantic relationships, many of the partners have to hold hands, hug each other, and perform other moderate gestures of affection. However, in a few of the scenes, actors kiss each other, which can be very demanding and frankly a little scary.

“Intimacy choreo is a very different and surprisingly complex skill that I did not have any experience in, and being able to have a comfortable communication and a good friendship with my scene partner (Alina Dukal) definitely helped make it less awkward.” Said Senior Xander Mills.

As Mills mentioned, Ms. Keuth-Rahtjen has come up with many systems of communication that ensure that every actor feels safe and comfortable while onstage.

One of these systems is the tap-in and tap-out process. Before and after actors perform intimacy choreography with one another they must do a quick check-in with each other. This helps actors keep what happens in rehearsal separate from their personal lives as well as ensuring that each actor is ready for what is about to occur.

A Deeper Look Into a Scene

In the show, Sophomore Aniyah Nelson and Junior Emma Pekkarinen are scene partners for the vignette titled “Where was I?”. Nelson plays Liz, a working mother, and Pekkarinen plays Abbie, Liz’s wife, who is a stay at home mother.

Taking a deeper look into the scene Emma Pekkarinen said, “Our scene is basically a working mom and a stay at home mom and just the conflict of having two designated roles. Not really seeing what the other’s doing and just being wrapped up in their individual roles.”

Aniyah Nelson added, “The conflict is really that they never are with each other. So it feels like one person has too much responsibility, they each feel like that, too much pressure.”

As aforementioned, “Love/Sick” is filled with raw human emotions. The play, and this scene especially do not try to sugarcoat life. Instead provide a mirror to the reality that people live in.The show explores all the aspects of a relationship, especially those that are messy.

What This Show Means to the Actors

Theater is truly a community, and especially when working with such a close cast, a simple story can turn into much more for the people performing it.

When asked what the show meant to him, Sophomore Michael Alam answered, “This show means a lot to me! I love working with my friends because theater is like a family to me! I think this show really captures how messy and confusing love can be in a sad yet funny way. I love getting into character because it’s so interesting being in these different situations that I haven’t been in.”

As a high school student, portraying an adult character can be very difficult, but at the same time fascinating. Putting oneself into a character’s shoes gives this teenage actor an insight into what life may be like one day.

This show is also very special to Sam Boyd because as he put it, it’s his first big role. Boyd is able to  experience the magic of theater as he gets into character. He has learned to use his voice, body, and facial expressions to tell a stunning story.

Opening night of the show is quickly approaching. Come see “Love/Sick” be performed on September 15th, 16th, and 17th at 7:30pm in Glenbard South’s little theater. You can purchase tickets online at This Link or buy them the day of at the box office. Junior Juliana Henry perfectly sums up why everyone should  come see the show,

“People should come see this show because it’s one heck of an adventure…You root for every couple no matter how fantastical or strange, you want these people to succeed because you see your own flaws and hopes within them…This show thrills you, laughs with you while filling you with despair and uncertainty…it makes the audience redefine what they thought love was and what they want it to be.”

If you have any questions regarding the show email Ms. Keuth-Rahtjen at [email protected].